It’s a career most see as pedestrian, if not entirely outdated. And if it’s not either of those, it’s viewed as restricted to mythical giants of Minnesota and Wisconsin. But lumberjacking is a very real and very much needed profession- and it’s also very dangerous. It’s for these reasons it’s often regarded as a male-only career, but there are plenty of so-called “lumberjills” out there, ax in hand.

Lumberjacking in the United States: Then and Now

America’s history with lumberjacking begins before the country was even colonized. In precolonial times, England would regularly visit North America to harvest hardwood and conifer after their own forests had been exhausted. This trend continued once the colonies were settled, although with much of the lumber being used to build homes in the New World. Sawmills were established across New England, particularly in Maine. In fact, Bangor, Maine was the world’s largest lumber shipping port by 1830. By the 20th century, however, logging had moved to the West Coast due to dwindling resources in the east. Like many industries, it suffered during the World Wars and Great Depression and was greatly impacted by the founding of the Division of Forestry in 1885.

As for the modern day, the American logging industry is fairly stable and the United States consistently remains the second-largest exporter of wood in the world. For women, though, it’s a difficult industry to get into. While 59% of logging companies employed both sexes in 2009, less than 1% of the industry was female. The hourly rate for lumberjacking is anywhere between $9.95 and $25.24. As for the dangerous part, the Bureau of Labor Statistics reported in 2015 that 132.7 deaths occurred per 100,000 workers. For comparison’s sake, the second highest figure were fishermen- 54.8 per 100,000 workers. With an American average of 3.4 deaths per 100,000 in any industry, it means logging is 39 times more dangerous than the average occupation in the States.

Recently, Inventionland spoke with Alissa Wetherbee of AxeWomen Loggers of Maine to discuss the dangers of logging, how timbersport entertainment differs from lumberjacking, and what it’s like being a Lumberjill.

INVENTIONLAND (IL): What is it like to be a woman in the lumber industry, specifically as an entertainer?

Alissa Wetherbee (AW): I’m not sure what little work I do in the woods really classifies as “in the lumber industry.” When not performing AxeWomen shows, I do work in the woods… But mostly property management, storm clean up, trail maintenance and habitat restoration. It works well for my schedule, and I get to work alongside my husband and my dad. [But] being a woman in the timbersports entertainment side of things is awesome!! I think it appeals to everyone! A mom sees us and looks at us as role models for her children. Kids see it as something they’ve maybe never seen before. And men see strong women running chainsaws and swinging axes.

IL: What inspired you to start lumberjacking? How about timbersports?

AW: What inspired me was seeing all the other women at my first timbersports competition. It inspired me to train harder, learn more events and teach the sport along the way! That’s why I started performing. I love the sport. I love showing that women are amazing in this sport! And we all love sharing the enjoyment of timbersports with others!

IL: Your team is one of the few all-female lumberjacking teams in the world. Does this add any additional pressure?

AW: There is some pressure that goes along with being one of the few female timbersports entertainers. I always want the show to be professional, entertaining and exciting to the crowds. We always give 100% each and every show. We are all competitive…. so that’s easy! You never want to lose a competition! But you definitely always want to be professional. 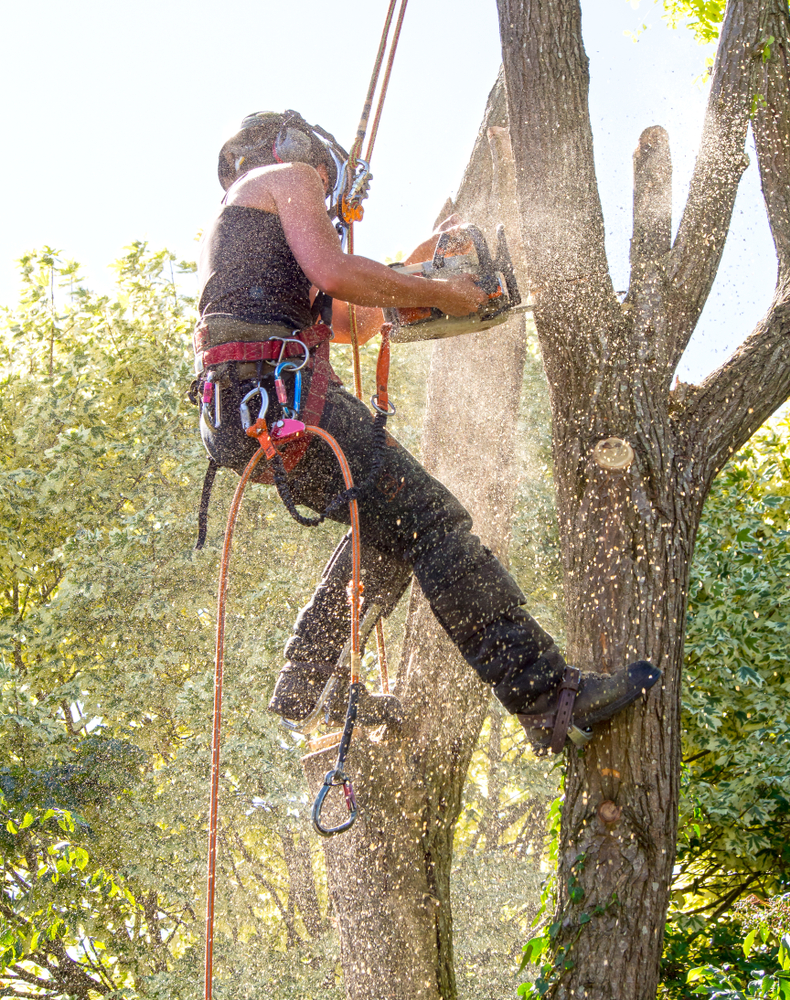 IL: What’s the main difference between working in the lumber industry professional vs as an entertainer?

AW: Lumber industry vs our entertainment business… I think they are two very different worlds. They both come from the same place in history. I love that we compete in, and get to show a heritage sport. I love that at almost every show we do, at least one person comes up to tell us that their father, grandfather or great-grandfather was a lumberjack!

AW: The proper term is definitely Lumberjill! There’s an amazing history of the women going to work in the woods when the men went to war.