It’s the taste of summer sleepaway camps, synonymous with the sound of a crackling warm campfire and the roaring laughter of close friends and family. Heck, it’s so desirable you may have even made one in the microwave once or twice in your life (you’re not proud of it). That’s right, it’s s’mores- the yummiest and also messiest campfire treat. There’s something about the simple combination graham cracker, chocolate, and marshmallows that always leaves you wanting more. But who was the genius (and hero) that first thought of combining these treats? 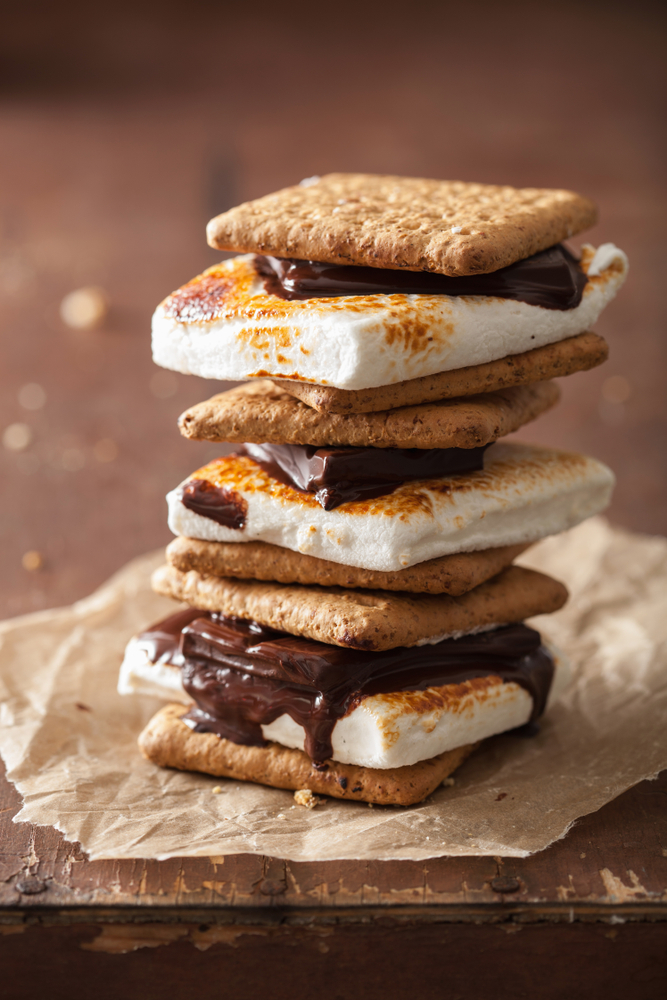 Fittingly enough, this odd treat has an equally odd past. The origins of the s’more are vague and mysterious and we don’t actually know who originally invented them or how. The first public appearance of the treat was in a 1927 recipe in Tramping and Trailing with the Girl Scouts. They titled the recipe “Some Mores” because it’s so yummy you’ll want some more. Cute, right?

As far as where the mysterious inventor (who we’re betting was a Girl Scout) got their inspiration, there’s some speculation. According to National Geographic, the origins could date back to the Victorian era. During that period, ‘sandwich cookies’ and sponge cakes filled with jam, lemon curd, and cream were fairly popular. A few other previous sources of inspiration for the treat could have been the Mallomar (a graham cracker cookie coated with chocolate with a marshmallow topping) which was first sold in 1913. The Moon Pie (two graham cracker cookies with a marshmallow filling dipped in chocolate) went on the market in 1917 (also prior to the creation of s’mores). 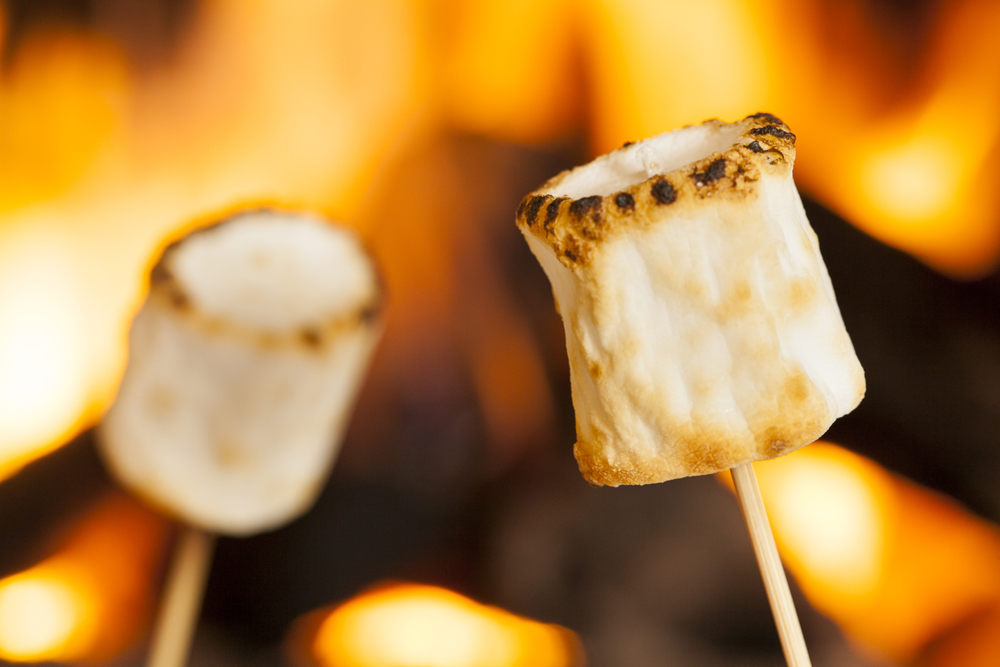 The key component of the s’more is the roasted marshmallow. The original marshmallow (Althaea Officinalis) was a swamp plant from Europe and West Asia that vaguely resembled hollyhock. The roots of the plant produce a sticky white sap which, for quite a while, was similar to cough drops. By the mid-1800s, the French had the idea of turning the sap into something more culinary. They whipped up the substance with egg whites and sugar and poured it into molds to form the first marshmallows. During this time, they were extremely expensive and only available to the upper class. It wasn’t until the late 1800s, when the sap was replaced by less expensive gelatin, that the treat became more accessible to the general public.

But roasting of these tiny fluffy treats didn’t come about until the 1890’s. The specifics of the origins are unclear, but all of a sudden roasting marshmallows became the latest summer fad. According to period newspaper reports, “The simplicity of this form of amusement is particularly charming. One buys two or three pounds of marshmallows, invites half a dozen friends, and that is all the preparation required.” 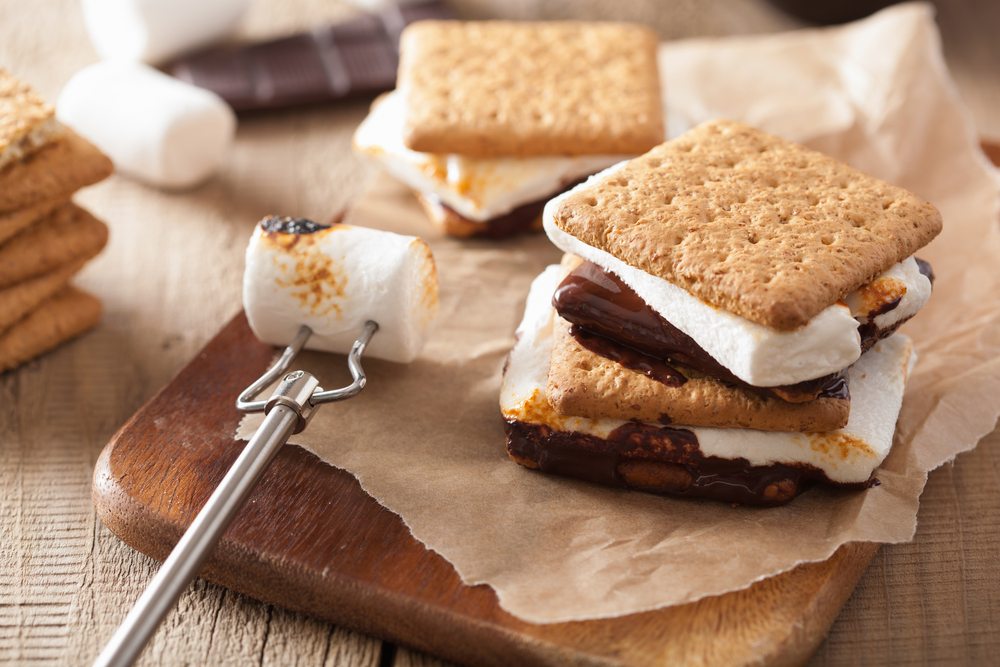 Whether the treat originated from a genius inventor or from a humble girl scout, we can’t say (though we’re guessing the latter). What we can say, though, is this: whoever you are, thank you. You’ve helped make the transition from summer to fall a little sweeter.