Home » Blog » The Louvre: A Journey Through Time

The Louvre: A Journey Through Time

There are certain places in this world where you simply feel history around you. Cobblestone roads, ancient architecture, old artwork, the smell of dust in the air – it’s almost like you’ve been transported back in time. One such place is the Louvre Museum in Paris, the city of love. This structure dates all the way back to the late 12th century and it has a long architectural history behind it.

It was originally constructed as a fortress by Philip II, who commissioned its construction to protect France from Northern Invasions. The original structure included bastions at each corner, a surrounding moat and a 98 foot tower at the center. Once France expanded its territories in the 14th century, however, new defensive posts were constructed at the new borders, so the Louvre was no longer needed as a fortress. 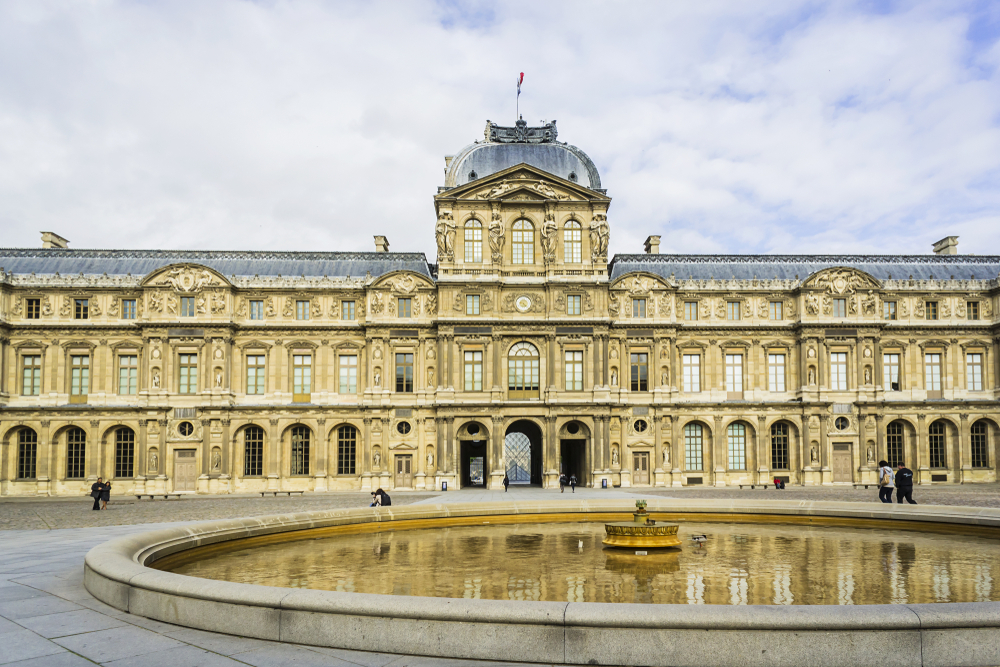 Charles V made attempts to remodel the original structure, but because of the Hundred Years’ War the Louvre fell into disuse until 1546. Francis I, king and art collector, had the original structure destroyed and built a new royal residence in its place. The section constructed during this time was created by the architect Pierre Lescot and it is what we know today as the southwestern part of the Cour Carrée.

Major revisions to the building were made during the reigns of Louis XIII and Louis XIV. Both of the ministers to each king helped them acquire outstanding art collections during their rule. During this time, architects Claude Perrault and Louis Le Vau, along with decorator and painter Charles Le Brun, created the portion of the Louvre now known as Colonnade.

The idea of turning the Louvre into a public museum originated in the 18th century. By the time Napoleon III finished his work, the Louvre was a large complex of buildings forming two main quadrilaterals and enclosing two vast courtyards. 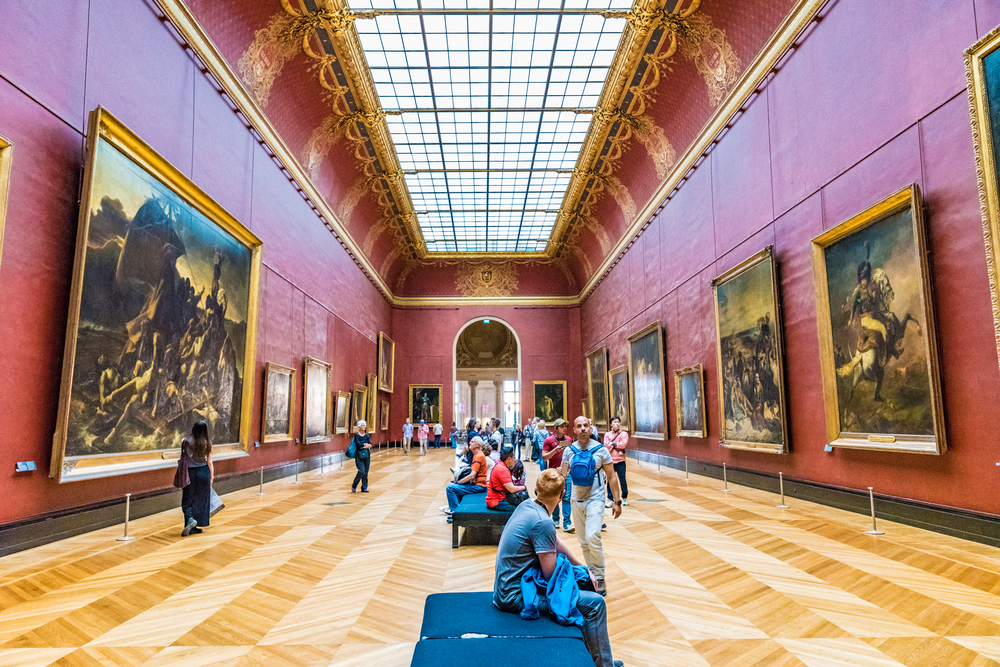 The most recent construction to the building brought us one of the most well-known architectural additions: the Louvre Pyramid. In 1983, French President Francois Mitterand commissioned I.M. Pei, a Chinese-American Architect, to revive the Louvre. Once commissioned, Pei took several trips to the Louvre before even beginning to sketch out a design. Over his trips, he noticed how the galleries accounted for most of the interior, leaving the curators no space to store and care for the artifacts. He also noted there wasn’t really an organized entrance to the museum and the old corridors were difficult for the public to navigate.

Pei decided to design a new entrance space in the Cour Napoléon, the exterior courtyard surrounded by the museum’s existing buildings. He built a new infrastructure underground which led to a more organized and welcoming reception area. The additional space also allowed for more exhibition and storage space. The glass dome gives a natural, bright light to the underground addition.

When the design was first revealed, it was extremely controversial. This was, in part, because Pei was the first architect commissioned to work on the Louvre who wasn’t a French citizen. There was already local hesitation towards the project, and when the design was revealed there was an uproar. People felt the pyramid was a modernist eyesore, ruining the traditional architecture by which it was surrounded. 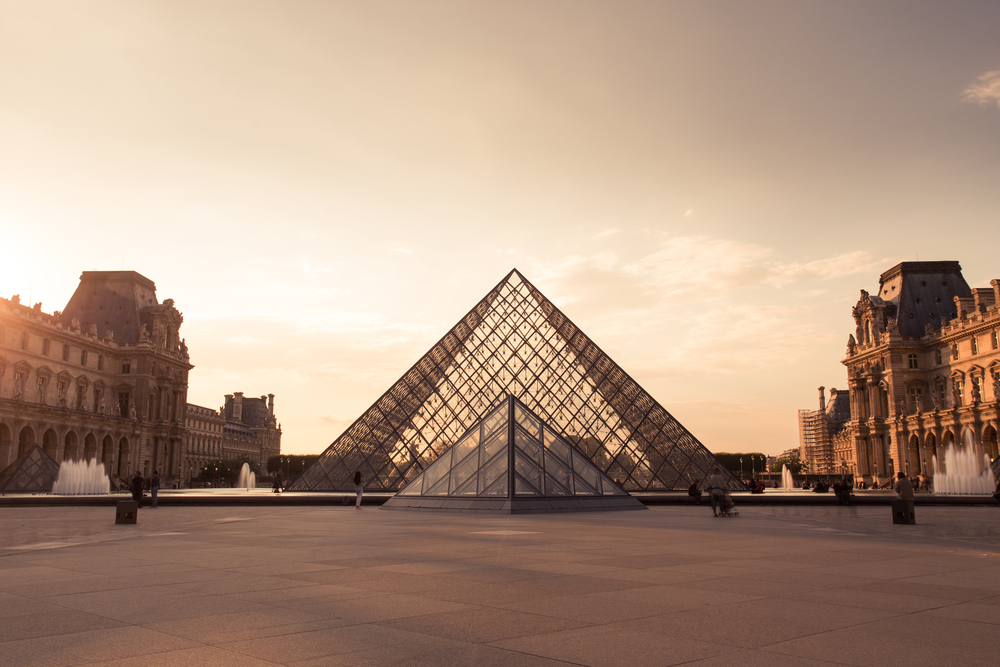 In reality, Pei didn’t want the more modern design to contrast the old architecture at all. According to Architectural Digest, Pei wanted the glass of the dome to be “super-clear”. This way, if you looked through it, the glass wouldn’t, “alter your perception of the color of the existing buildings.” This proved to be quite a challenge because, at the time, glass used in buildings had a greenish tint. Finding perfectly clear glass wasn’t a simple feat.

For the framework, Pei wanted to match the metalwork perfectly with the gray hue of the surrounding roofs. This also turned out to be more difficult than anticipated as, upon examination, those buildings sported 11 different shades of gray.

Pei also attempted to keep the sizing as unobtrusive as possible. He conducted a study to determine the height of the pyramid based on the height of the surrounding buildings. The structure was designed to fall below a certain line, this way it wouldn’t stick out above the rooftops.

The final product measures at 116 feet wide and 70 feet high. It consists of 673 glass panels, using 95 tons of steel and 105 tons of aluminum to support the structure. Today, the Pyramid structure is a defining part of the Louvre and beloved by the public, who will crowd the courtyard in an attempt to get a photo with what was once considered an eyesore.

This building has had quite a long journey, but the current structure is beautiful and has just the perfect blend of modern and classic architecture. If you’re ever lucky enough to make it across the pond to this historical site, you’re sure to louvre your visit.