We hear so many great stories about how musicians were inspired to write songs. Paul McCartney wrote “Let it Be” after seeing his mother in a dream. Bret Michaels wrote “Every Rose Has Its Thorn” after talking to his girlfriend on the phone and hearing a man’s voice in the background. But what about the instruments musicians use to write the music?  Guitars and pianos didn’t exist until somebody invented and built them. (For the record, the earliest acoustic six-string guitar is credited to Gaetano Vinaccia, and the piano is the creation of Bartolomeo Cristofori.) Today, the creation and modification of musical instruments has a large following in the maker movement.

The building of instruments has been around for a while. We’ve all grown up building makeshift drum sets out of pots and spoons, or a guitar from a tissue box and a paper towel roll. There are also artists like Reed Ghazala, who is known as “the father of circuit bending,” which he accidentally discovered in the 1960s. He used the technique to build instruments for groups like The Rolling Stones, Simon and Garfunkel, Blur, and the Blue Man Group.

Then there’s Bart Hopkins. In 1985, Hopkins published a magazine called Experimental Musical Instruments. Hopkins himself was an instrument builder, both traditional and custom. Seventy issues were published until 1999 when the name instead went to a book series on the same topic. Hopkins himself also produced a few tie-in CDs.

One of Hopkins’ many collaborators is Yuri Landman, a Dutch inventor of electric string instruments. His creations include the Moodswinger, the Springtime, and the Home Swinger–all custom variants on traditional guitars. The Home Swinger proved to be his greatest success, and he began offering workshops teaching guests how to build their own version. This eventually spun off into courses for all types of instruments, from kalimbas to triochords. The Moodswinger and Home Swinger were also inducted into the Musical Instrument Museum in Phoenix, Arizona. 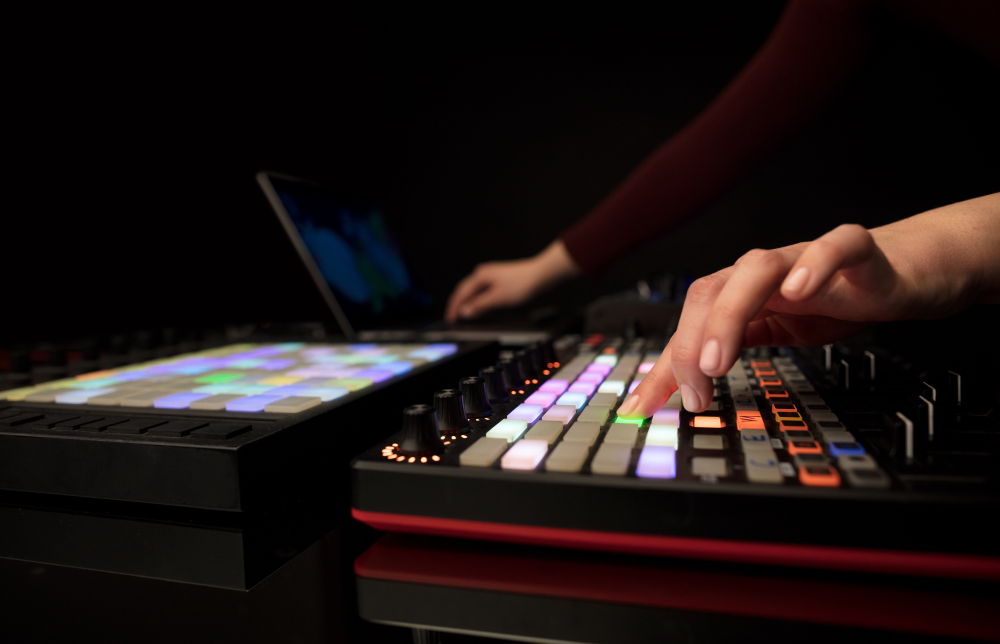 This gave rise to the DIY instrument movement, a subset of the maker movement. Many organizations have sprung up catering to this audience, like STEIM and Death by Audio. Landman frequently partners with these groups. Maker Faires often feature homemade instruments, ranging from laser-cut ukuleles to kits to build-your-own Theremin at home. Indeed, sets to build instruments at home are becoming increasingly popular, both among kids and adults. These kits predominately feature electronic instruments like synths, but acoustic versions exist as well.

There is a great deal of overlap between electronic musicians, the EDM scene, and the maker movement. What better embodies the idea of DIY than creating entire songs from scratch using nothing but a computer? After all, one of the main goals for the maker movement is to make various crafts and art forms more accessible and to encourage the advancement of technology. Programs and devices like Garage Band and Launchpads are a natural fit for those ideals. Even the Nintendo Labo system could be seen as an example, as pianos and guitars can be built from cardboard and then played through the Nintendo Switch console.

It’s important to remember that, despite the level of creativity on display, musicians in the maker movement aren’t necessarily creating new instruments. Rather, they’re adapting existing tools to fit their needs. That’s the core of inventing: finding a need and fulfilling it. The guitar may have already existed, but George Beauchamp cranked it to eleven with his creation of the electric guitar. The results give way to unique sounds that would’ve been impossible without a spark of creativity.

I mean, let’s be honest…Would the guitar solo in “Stairway to Heaven” be as memorable on an acoustic?