Something we’ve all heard growing up is that accidents happen. If the words are uttered by a parent, usually the accident deals with putting mud in something we shouldn’t have or gluing our fingers together.  And all accidents provide learning opportunities. On the trail to success, many inventors before us tried and learned from accidents and mistakes. In fact, some inventions that we use on a daily basis were initially accidents. 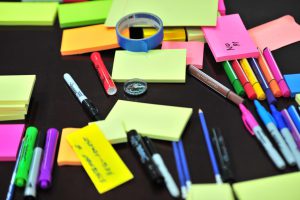 It was during one man’s search for a powerful adhesive that the sticky paper known as Post-Its were created. Spencer Silver, a chemist who worked for a 3M Laboratory, was working to create a strong adhesive and accidentally developed one that was a little too weak Fast forward to several years later when Arthur Fry, another chemist, was looking for a better bookmark for his hymnal. Specifically, something with a low-tack adhesive which he could continue to use over and over. Silver’s accident came to mind and the rest is history. The original yellow color of the paper can be attributed to an accident as well: the lab next door to Silver’s had large amounts of scrap yellow paper that he ended up using. Today, Post-It Notes remain one of the top-selling office products in the world. 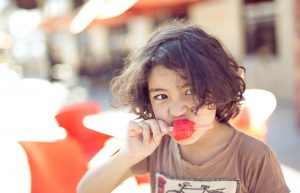 Most kids (and adults) love a good popsicle. Little did we know that when we were sitting on the porch with red or blue stains around our mouths, we were eating an accidental invention. In 1905, mixing soda-water powder into drinking water was a popular beverage. Eleven-year-old Frank Epperson mixed the drink, left the stir-stick in it, and overnight the temperatures dipped below freezing. The next day Frank went outside and was awestruck by his frozen soda-pop. When Epperson grew up, he remembered how he’d created his frozen treat and began his own business at Neptune Beach, California. He later received a patent for his product: the “Epsicle,” which was shortly changed to “Pop’s” Sicles (aka Popsicles) at the request of his children. Though the original release of the Popsicle included 7 flavors, now there are over 30 flavors available worldwide. 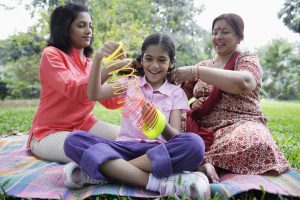 Most of us have owned at least one Slinky in our lives. Whether it was a small gift for surviving a visit to the dentist’s office or something you won at the county fair, these plastic or metal toys are widely known and enjoyed on staircases around the world. The Slinky was accidentally invented in 1943 by a naval engineer who was looking for a way to secure his equipment to the vessel he was working on. To his surprise, he dropped the metal device and it started to walk away from him, which he found rather fascinating. In 1945, the toy made its debut at Gimbel’s Department Store and then later at the American Toy Fair where 400 sold out within minutes. Today, the Slinky is a permanent fixture in any toy store and over 300 million have been sold.

It’s a no-brainer that we need to wash our hands before we eat; however, back in 1878 one chemist forgot to wash his hands before lunch and that led to a pretty sweet surprise. Chemist Constantin Fahlberg, who was working on coal tar derivatives, found the biscuit that his wife sent for lunch was a lot sweeter than he was used to. It wasn’t a new recipe; instead, Falhberg was eating his work. He accidentally created the artificial sweetener commonly known as saccharine. This sweetener, which is now known as Sweet’N Low, has since sold over 500 billion packets.  We’re not recommending you stop washing your hands, but we are reminding you that great ideas can happen under any circumstances! 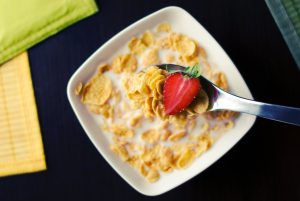 Many recipes, from cakes to cookies to breads, require a small amount of Corn Flakes to provide that extra sweet crunch. This cereal, which was invented in the early 1900’s, was invented when Will Kellogg left some cooked wheat on the stove top past its expiration. Since the Sanitarium that Kellogg worked in was on a tight budget, he scraped away the mold, forced the stale wheat through rollers, and toasted it before serving it to patients. Corn Flakes became their solution to creating a vegetarian diet for the Seventh-Day Adventists. Today, Corn Flakes are the second most popular cereal in the United States.