In the quest to find the most influential invention of all time, an excellent case could be made for the automobile. No other creation has been more instrumental in changing daily life, with the exceptions of electricity and possibly the internet. Despite its prominence, however, few know the history of how the automobile came to be. Even fewer can name the inventor.

It Started With da Vinci

There’s a good reason for that, though: there is no single inventor. Many different people designed and built precursors to modern automobiles. Some may say the idea should be credited to Leonardo da Vinci, who made models of various transport vehicles. However, because he never successfully built a full version, it’s harder to say he “invented” it. Da Vinci merely laid the groundwork for others to follow.

In 1769, Nicolas-Joseph Cugnot from France built the first self-propelled, steam-powered vehicle. It was a three-wheeled tractor meant for military use and reached a top speed of 2.5 MPH. While not a car, it was an automobile that could be driven on the roads. Cugnot was followed by Robert Anderson, a Scotsman who created an electric carriage sometime between 1832-1839. During that period, American Thomas Davenport worked on his own electric vehicle.

However, all three men are largely overshadowed by Karl Friedrich Benz, who unveiled his gas-powered vehicle in around 1885-1886. This is largely considered the first “real” automobile, with an internal combustion engine that is still widely used today. It had three wheels, four cycles, and the engine and chassis formed a single unit. In other words, it most closely resembled what we consider to be a modern car, just minus one wheel.

Around the same time, also in Germany, Gottlieb Wilhelm Daimler and Wilhelm Maybach built their own gasoline-powered automobile. This one did have four wheels and was named the “Cannstatt-Daimler.” They would reuse the engine for many other vehicles over the years, including trolleys and the world’s first motorboat. Eventually, Benz and Daimler merged their companies, becoming what is today known as Mercedes-Benz.

From that point onwards, most early automobiles used gasoline as fuel. For instance, George Baldwin Selden patented a carriage with a built-in combustion engine in 1895. It was never manufactured, but Selden did collect royalties. Two years prior, Charles and Frank Duryea made the first successful gas-powered car and set up America’s first car manufacturing company.

Henry Ford and the Future

Of course, all these men have been greatly overshadowed by Henry Ford and his Model T. While Ford did not invent the automobile, he’s widely considered to have perfected it (for the time) and made it accessible to the greater public. The Model T itself was awarded Car of the Century in 1999, and standardized many features we now take for granted, like different speed gears and parking brakes. For this reason, fairly or not, Henry Ford is believed to be the father of the modern automobile.

Plenty of other advancements have happened in the world of automobiles. Pickup trucks and vans became available and eventually commonplace. Station wagons grew in prominence before falling out of fashion. Peugeot produced the first hardback convertible in 1934. Tesla has released a line of plug-in, all-electric vehicles, with the Tesla Model S being named the new Car of the Century. (Time will tell if it’ll keep that title.)

The history of the automobile is complex, with no one person behind it. Perhaps that’s why it has evolved and changed greatly over the years. Whether you credit its invention to Ford, Benz, da Vinci, or somebody else, one thing is agreed upon: the world would be drastically different without it. For that, we have a long list of names to thank. 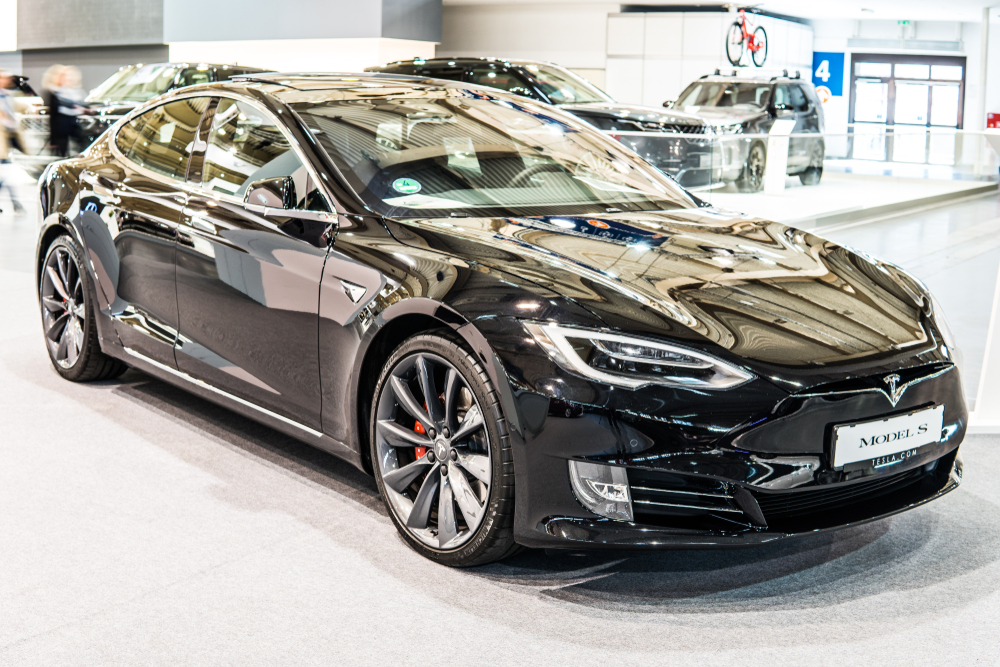