When you head out to see fireworks this year, you have one end result in mind: to be dazzled. From bright, vivid colors lighting up the sky to the execution of a display perfectly choreographed to our favorite patriotic songs, fireworks displays have come a long way. But despite the advances in the final product, how fireworks are built hasn’t changed much since they were first invented over 1000 years ago.

It makes sense…because of the nature of gunpowder and other ingredients, fireworks can’t be mass-produced by means of automation, as even the tiniest spark from any machine could cause a catastrophic explosion. Before you watch your favorite fireworks display, take a look at how these fascinating little rockets are made: 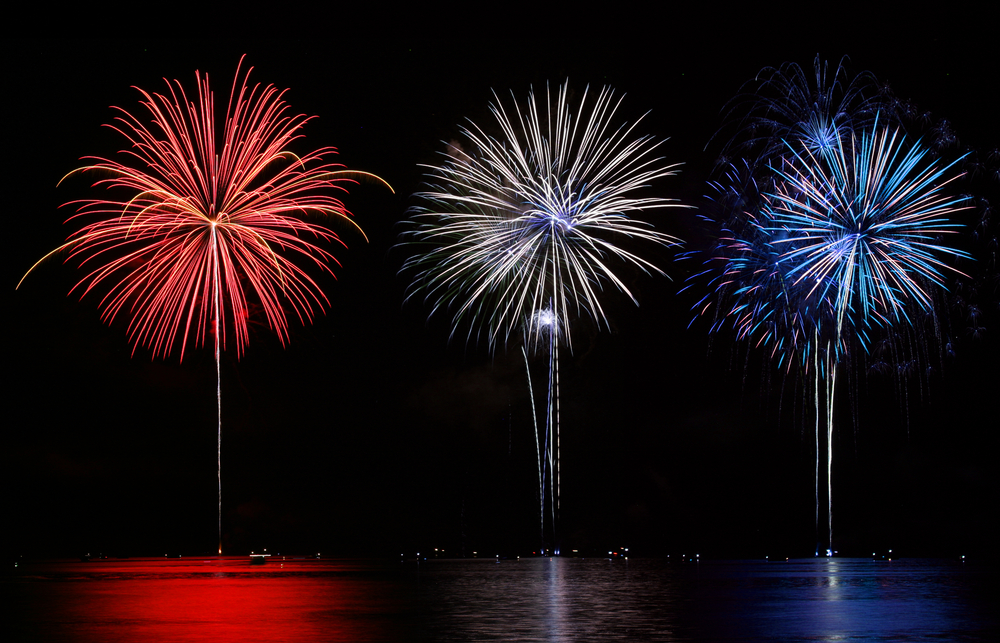 The basic construction of a firework is an exterior shell with several separate compartments. The burning fuse explodes one compartment at a time, creating those staggered bursts you see in the sky. For safety, the naturally colorless glue used throughout production is tinted blue while liquid but dries clear. The first compartment of the firework is the lift charge, a gunpowder bag with a long, fast-action fuse placed at the base of the shell that launches the firework about 1000 feet into the air. While the first compartment dries, the second compartment is built, where a powdered explosive is spooned into the center and then capped. A brown cardboard shock absorber is added to shield this section from the first compartment explosion, followed by a corrugated cardboard disc and a plastic spacer.

These barriers allow approximately one and a half seconds for the fuse to burn through these two components, creating a slight delay between the explosion of the first and the second compartments. Gluing the second compartment together is tricky: if it’s too tight it’ll stifle the explosion, but it also has to be tight enough to withstand the delay. 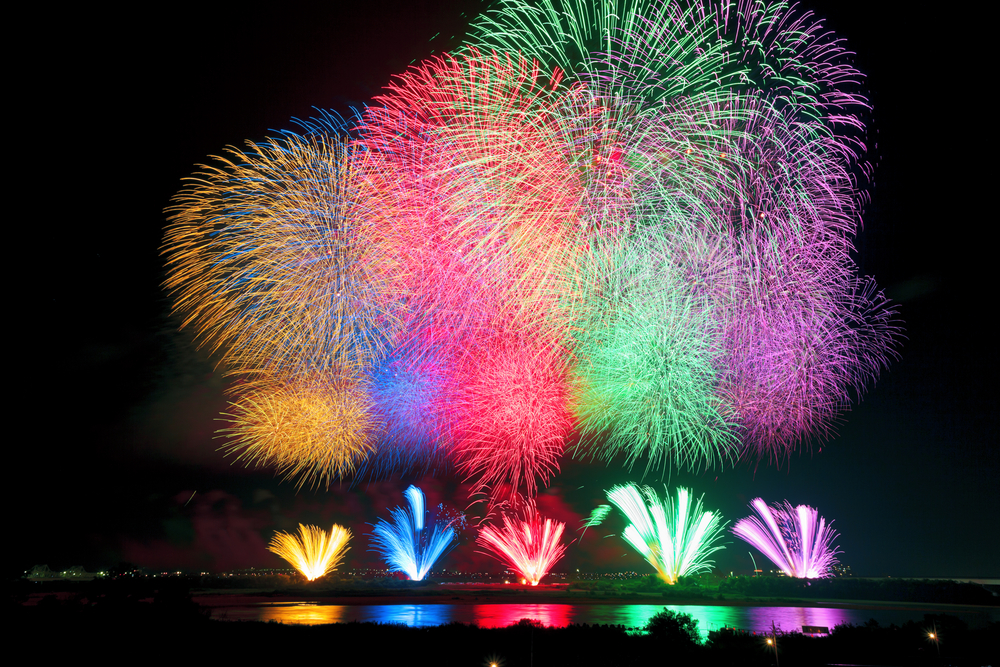 Next, Stars and Comets…

A sleeve is glued onto a case, then filled with hundreds of stars. Stars are carefully formulated and measured explosives that give the firework its beautiful flashes of color (fitting name, right?). Coloring agents range from magnesium for white, to copper salts for blue, to charcoal for orange. These are very delicate and must be handled carefully, or they could detonate.  Comets (which leave the long trail of sparks) are then added to give another dimension of decoration to the firework.

Finally, the two compartments are assembled and the remaining space is filled with the same combination of ingredients. Once the shell is full, the cover is glued into place. The tighter the seal on the compartments, the more the internal pressure will build…which makes for a more spectacular explosion.

The lift charge, which was created first and dried while the other compartments were being built, is now ready to be placed at the base of the shell.  At this point, the fireworks are wrapped in craft paper and a label using international color codes identifies the size and type of shell to the pyrotechnic engineer who will set up the display. 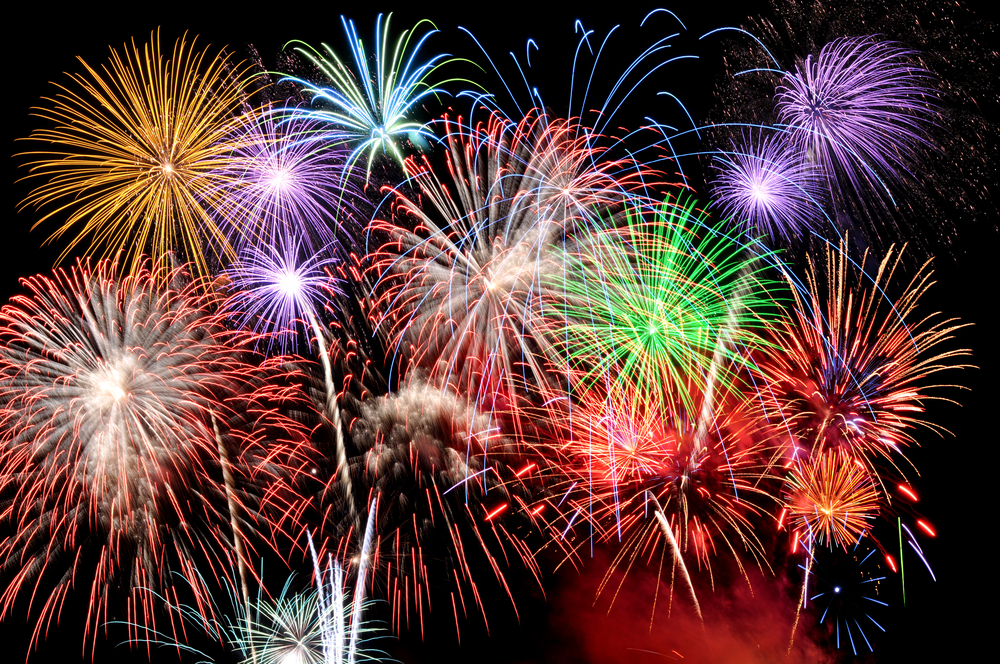 We know what you’re thinking… “That’s fascinating, but how do all those explosives dazzle the audience?” The actual choreography of the display is thanks to a fireworks pyrotechnician, but the basic delivery is the same: When the computer system sends the electrical pulse that lights the main fuse, it starts a chain reaction. The secondary fuse running down the outside of the shell will ignite the lift charge, sending the firework almost 1,000 feet into the sky. Meanwhile, the time-delayed fuse inside the shell burns a few seconds slower, allowing the firework to reach altitude before detonating the gunpowder, comets, and stars for a bright, sparkling, almost magical display that, upon viewing, can’t help but leave the audience feeling a little more patriotic.