Inspiration is different for everyone. The same story told at the same time to two different people can inspire one differently than the other. Though the story is the same, the received message is different. Inspirational messages work on our souls at a fundamental level. These three women have changed the world. 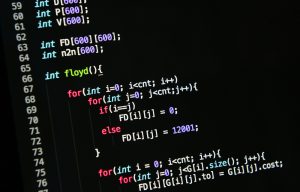 Do you ever type a command on your computer? If you do, you can thank Grace Hopper. Hopper was a computer scientist, and as one of the first programmers of the Harvard Mark I computer,  she paved the way for computer programming when she invented one of the first compiler-related tools. When she started within the computer science field, all programs were written in numerical code. She realized that this would be more accessible if people could code in their own language.

She invented the first compiler, a program that converts instructions into a machine code so they can be read and executed by the computer, thus teaching the computers how to “talk.” This wasn’t an easy journey, though, and many told her that it wouldn’t be possible. Through Hopper’s persistence, she was able to invent the COBOL computer language. She took pride in her work, and is extremely proud of those she’s taught, “The most important thing I’ve accomplished other than building the compiler, is training young people, I keep track of them as they get older and I stir ‘em up at intervals so they don’t forget to take chances.” 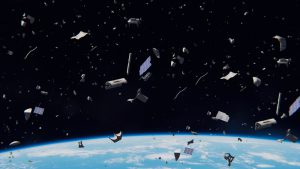 In 1964–a time when there were almost no women scientists at NASA–Jeanne L. Crews began her career as an Engineer. As she started, she learned quickly there was no way space vehicles would hold up to impacts from even the smallest of objects. Upon discussion with other employees, she realized that this was a big problem and declared she was going to fix it.
Crews worked with Nextel, a ceramic fabric, and created a multi-layered shield that was lighter than a sheet of aluminum. This multi-fabric layer was able to stop a vast majority of space debris by diffusing the object’s energy as it penetrated the layers of the bumper. Thanks to the hard work of Jeanne L. Crews, astronauts are able to travel through space without fear of debris. 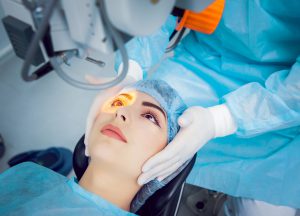 Patricia Bath is a woman who holds a lot of firsts. She was the first African American to serve as an ophthalmology resident at New York University, the first woman on staff at the Jules Stein Eye Institute, the first African American female doctor to receive a patent for medical purposes…the list goes on. Bath is most known for the Laserphaco Probe, a device that creates a safe way to prevent blindness caused by cataracts.

Bath was able to use her Laserphaco Probe to restore the sight of individuals who had been blind for more than 30 years. She pioneered “community ophthalmology,” a volunteer-based outreach to bring eye-care to underserved populations. At the age of 75, she is still pushing for advancements within the ophthalmology field, founding the non-profit American Institution for the Prevention of Blindness.