It shouldn’t surprise anyone that toys are among the top-selling items in the world; in fact, in 2017 over $20.7 billion dollars were spent on toys in the United States alone. Toys aren’t only important to children, they’re important to adults as well: both to the collectors and to the kids-at-heart. This week, we are taking a look at what some of the top toys of each generation did to help us be our most creative, imaginative selves. 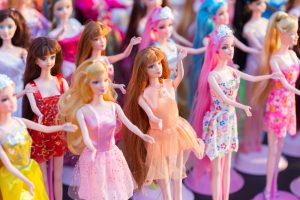 In the 60’s, there was no discussion about child safety standards. You didn’t need a helmet when to ride a bike and seatbelts didn’t start becoming mandatory in cars until the end of the decade.  Want to childproof your home? Why? It wasn’t even considered an idea at that time. It was a simpler time, and toys reflected that. The Etch-A-Sketch, Frisbees, and Play-Doh inspired let kids quietly play together, and the Duncan Yo-Yo kept kids busy for hours while they perfected new tricks. While these toys provided hours of fun to kids all over the US, none of them (we’re talking to you, Barbie shoes) had to pass any safety checks.

In response to the lack of safety measures in place for many toys, not to mention the many legal battles toy companies faced, new safety measures were put into place. The choking hazard warning, which you currently see on most toys with small parts, first appeared in the 1970s.  Toys of the 70’s still let your imagination run wild, from naming your Pet Rock to drawing over and over again on your Magna-Doodle. Skateboarding became the most popular mode of transportation for anyone without a driver’s license. The 1970s also notably brought us the Nerf Ball, which was specifically marketed for indoor use so mom could no longer tell you to play ball outside.

This is the final generation that didn’t have the internet growing up. But most families did have a television, and as a result, the marketing of toys changed. Kids watched commercial after commercial every Saturday morning showcasing all of the newest toys they just had to have. Teddy Ruxpin was an animatronic (and somewhat creepy) teddy bear that would talk to you and read you stories. Toys like the Lite Brite brought out the artist in all of us and the Fisher-Price Cassette Player meant not only could you jam to your favorite tunes, but you could also record your voice and play it back. And the Atari 2600 became a staple for most households.  Of course, we’d be remiss to not mention Cabbage Patch Kids, which created a shopping frenzy the United States had never seen, with parents battling each other in stores to get their hands on a piece of the inventory. 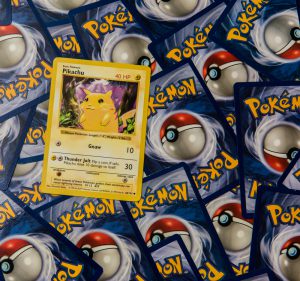 Children of the 1990’s saw the most significant technological advancements. With most of the top toys having circuit boards in them, all of these toys tended to drive children inside and sitting around a television. The Tamagotchi would give kids whose parents wouldn’t let them have a pet a chance to have a virtual pet (paving the way for games like The Sims or Farmville). With the Game Boy and the N64 being gaming-systems, longer games were introduced that taught strategy and story-telling.  Baseball cards were replaced with Pokemon cards and Furbies became the must-have holiday gift of 1998. 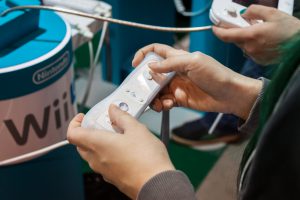 Generation Z–children born in and after the 2000’s–are the first generation who can’t remember a time without the internet.  Their toys are generally reflecting the decade before them, but with more facets of creativity worked into the games relating to them. Xbox 360, as well as Nintendo Wii, offered games where you could craft your own world or role play many different situations. Bratz dolls created a frenzy for kids who wanted to dabble in the world of high fashion and the Razor Scooter became a compact, foldable scooter that could get you to your best friend’s house in the blink of an eye. 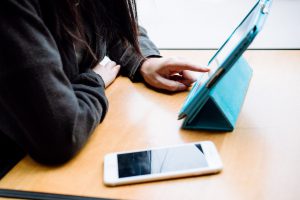 It is understood that generation Alpha has had the most “screen time” than most generations before them, which is why the top toys all are systems that kids (and adults) can play games on. Additionally, their other top toys are interactive toys that these children can raise on their own or use to simulate make-believe games. There is a lot of controversy about how much screen time is too much and how early kids should be exposed to technology, but growing up in a world that is run on technology, it only makes sense that these toys help foster creativity in children as well.

The Future of Toys 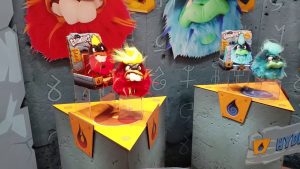 The only thing we know for sure about the top-selling toys of the future: they will all use technology. As society becomes more technologically advanced, it is only safe to assume that this is where the future of toys is headed. Toys will communicate and interact with children, shout phrases and add difficulty in order to improve motor skills.