British manufacturer CMD has put us at the top of their list! Keep reading to learn more.

From Fox News to NBC’s TODAY and American BOSS to Folomojo.com, our products and the place where they’re created have been making quite a few headlines around the world lately. Today is no exception!

Recently, CMD began compiling a list of the world’s “Wackiest Workplaces & Craziest Offices.” According to the company, “… many of our products end up in some kind of office or workplace. So, we thought it was about time we follow [their] journey and see where they end up…”

The first wacky and crazy office on their list? Inventionland!

“… this “idea incubator” is an ideal place to start… into the wacky and wonderful. Inventionland is as you imagine from its name an invention factory. Churning out top invention after top invention all year round. For almost 10 years, it has produced, designed and created products for a number of online, e-commerce and retail outlets,” said CMD writers.

They continued by describing some of our 16-themed sets, referring to their intricate designs as “awe-inspiring.” 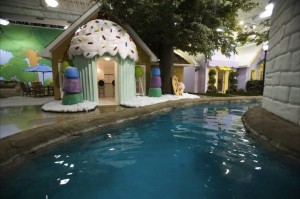 “That’s right. The owners of this out there organisation have created and developed what can only be described as one of the coolest or craziest offices you could ever set your eyes on,” the article states.

CMD writers concluded their Inventionland overview by citing an interview where founder and CEO George Davison explained the reasoning for Inventionland’s out-of-this-world design to the Daily Mail.

“Creative use of space motivates and inspires creativity among employees. And I never want to get stale or bored looking at a computer screen,” the CMD article says Mr. Davison told Daily Mail writers.

Read even more about why Inventionland made CMD’s list of Wackiest Workplaces & Craziest Offices here.