Sometimes, the most delicious foods have truly bizarre origins. Snacks originally meant for just a select few were introduced to the masses and gained popularity, or a shrewd businessperson capitalized on a mistake. Either way, we in the present can benefit two ways: from both enjoying the tasty inventions and laughing at the stories behind them. 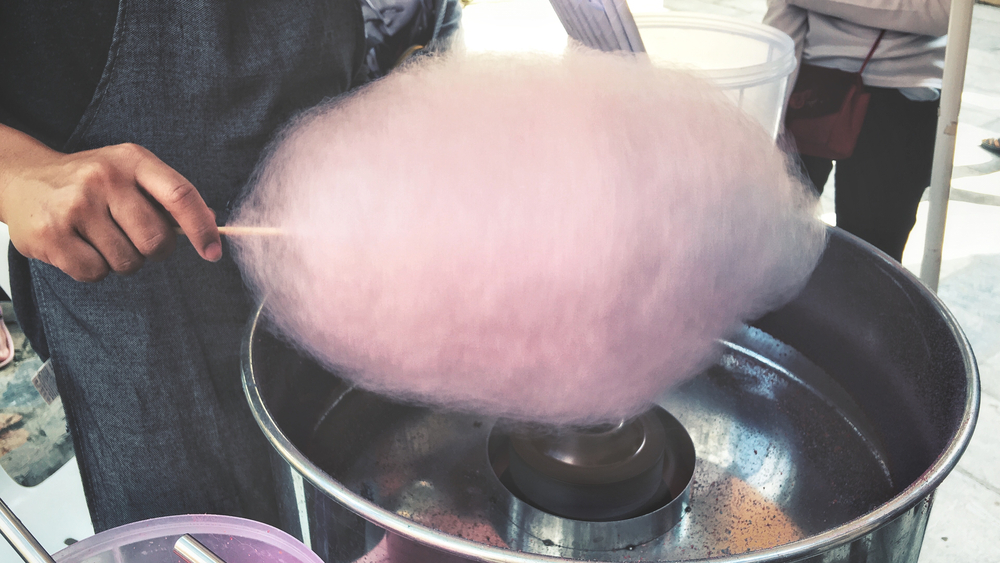 In truth, spun sugar was already a popular dessert, having been around since medieval times. However, in 1897, William J. Morrison worked with candy maker John C. Wharton to co-patent an “electric candy machine” to produce the fluffy confection. The twist? Morrison was the former president of the Tennessee State Dental Association and was a dentist for several years. Now that’s a toothache of irony.

If you’ve ever wondered where the name “Snapple” came from, it’s a mashup of “snap” and “apple.” Arnold Greenberg, Leonard Marsh, and Hyman Golden were attempting to market a line of carbonated juice drinks. Unfortunately, when the drinks fermented, the lids would explode off the bottles. The formula was tweaked, but the nickname stuck. Guess it was just snappy enough. 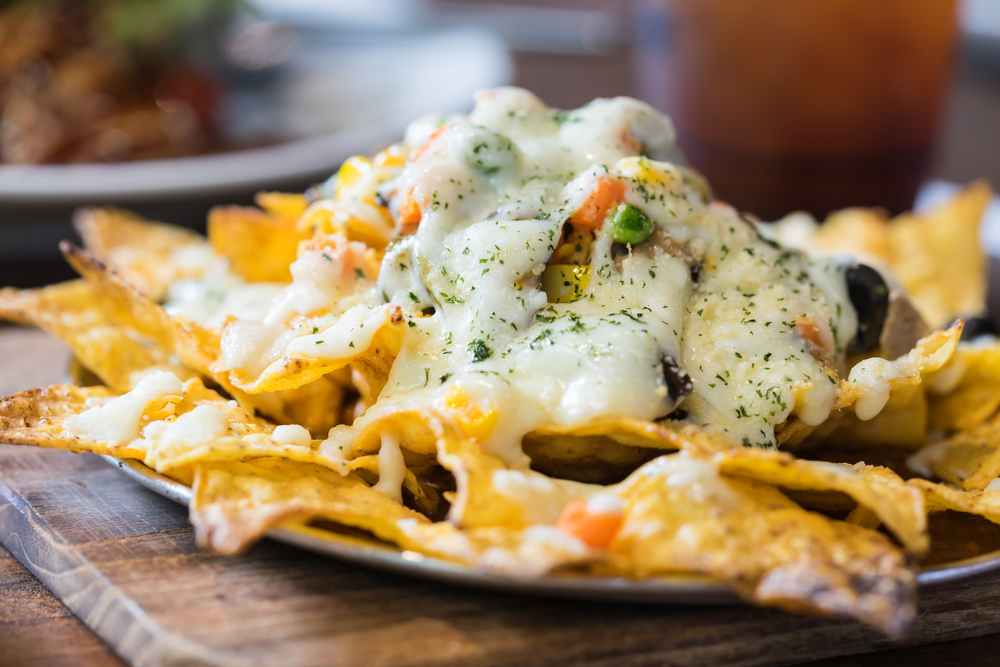 Ignacio Anaya was the head waiter at the Mexican restaurant Victory Club during World War II. One day, a group of women stopped in for a meal, but Anaya couldn’t find the cook. Improvising, he threw together tortilla chips, cheese, and jalapenos. The food was christened the nacho after Anaya’s real-life nickname. A very believable, if cheesy, reasoning.

Speaking of Mexico, General Antonio Lopez de Santa Anna is most famous for his role during the battle for the Alamo. After he was exiled from Mexico, he tried to raise funds for his return by selling chicle as a substitute for rubber. Father-and-son inventors Thomas and Horatio Adams realized they could make the product chewable, and the bubble for the gum industry was blown.

A janitor at the California Frito-Lay plant, Richard Montanez, brought home some bare Cheetos after a mishap at the factory. He covered them with chili powder, a combination which was a hit among friends and family. His supervisors suggested he speak to the company president. To this day, Flamin’ Hot Cheetos are the most popular version of the snack. Flame on, Montanez.

You’ve probably heard this story already: John Montagu, the fourth Earl of Sandwich, was an avid gambler during his free time. During a poker game, he asked a servant to bring him his meat in between two pieces of toast, so he could eat with one hand and play with the other. His friends began ordering the same combo, nicknaming it after Montagu’s title. Clearly the best thing since sliced bread. 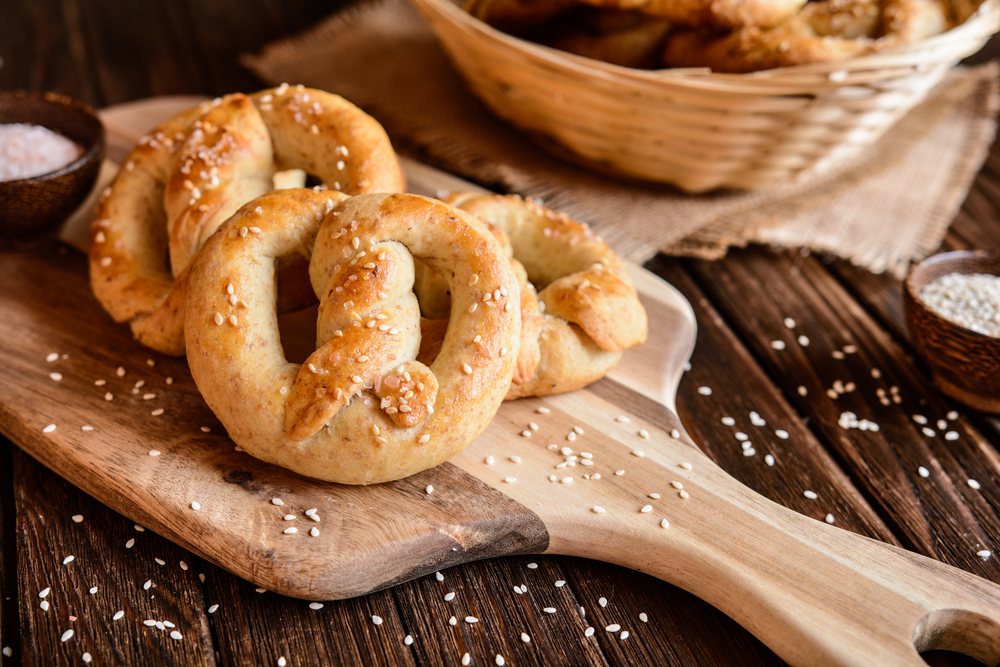 Because pretzels have been around for centuries, their exact origin is unknown. However, it is widely believed European monks and other members of the clergy are to thank. The design of the pretzel somewhat resembles a child with their arms crossed in prayer. Their German name, brezel, is also thought to be derived from the Latin bracchiola, or “little arms.” No wonder they make such a divine snack. On the other hand…

…was not invented in Germany. Indeed, it was created by an American man named Samuel German, an employee of Baker’s Chocolate. Baker’s is famously used in the cake, and the original name of the confection (German’s Chocolate Cake) made the origins more clear. Don’t worry, though- black forest cake is the real deal. 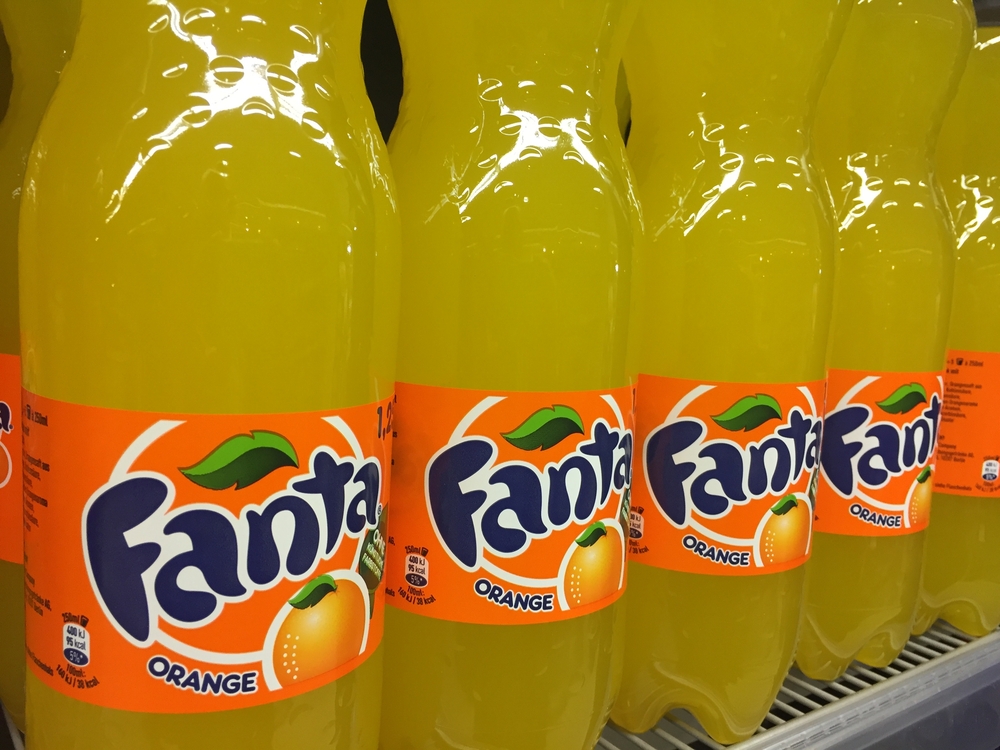 During World War II, Coca-Cola stopped syrup shipments to Germany. This left German CEO Max Keith in a predicament. How was he to prepare soft drinks without the top-secret Coke syrup? Mix whatever ingredients he could find- surplus fruit, leftovers from cheese making, etc.- together, sweeten it, and profit. It quickly caught on not for its flavor, but the lack of alternatives. Eventually, Coke added Fanta to its permanent lineup.

The candy bar itself doesn’t have a particularly fascinating history in its creation. The combination of peanuts, nougat, and chocolate came naturally to the Mars family. The funny part is the name, shared with their favorite family horse. Some versions of the story suggest it was the youngest daughter who made the suggestion, but this is far from confirmed.